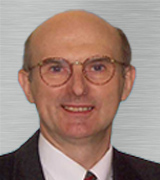 Robert P. Chapuis teaches hydrogeology at Polytechnique. He is interested in groundwater engineering problems. Before joining Polytechnique, as a consultant, he was in charge of over 600 engineering projects in geotechnique and hydrogeology. At Polytechnique he was the Head of the Mineral Engineering Department (geological and mining engineering) before its merge with civil engineering.  He has supervised the theses of over 90 graduate students since 1987.  His researches deal with quality control of studies, reliability of groundwater parameters, field and laboratory permeability tests, pumping tests, design, construction and controls of liquid and solid waste confining systems, and groundwater protection.  He has authored or co-authored over 300 papers in journals and conference proceedings.  He has authored the French textbook "Guide des essais de pompage et leurs interprétations", prepared for the Ministry of Environment and published in 1999 by Les Publications du Québec, and the book "Extracting Information from Grain Size Distribution Curves" in 2016.   He is a member of the committees preparing groundwater standards in the USA and Canada.  Several public agencies and legal offices retain his services as an expert in groundwater issues.  A Fellow of the Engineering Institute of Canada, Robert P. Chapuis was the recipient of several scientific prizes including the inaugural prize awarded in Canada for groundwater (CGS-IAH) in 2000.