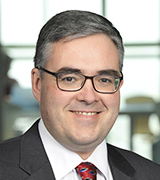 Miguel F. Anjos is Full Professor in the Department of Mathematics and Industrial Engineering of Polytechnique Montreal and holds the NSERC-Hydro-Québec-Schneider Electric Senior Industrial Research Chair on Optimization for Smart Grids. He received the B.Sc. degree in 1992 from McGill University, the M.S. in 1994 from Stanford University, and the Ph.D. degree in 2001 from the University of Waterloo. Prior to joining Polytechnique in 2010, he was Lecturer in Operational Research at the University of Southampton, and then Professor of Management Sciences at Waterloo, cross-appointed to Electrical and Computer Engineering.

His research interests are in the theory, algorithms and applications of mathematical optimization. He is particularly interested in the application of optimization to problems in power systems management and smart grid design, including electricity market models, hydropower generation, unit commitment, capacity expansion, electric transportation, and demand response. His research in these areas is supported by Hydro-Québec, Schneider Electric Canada, and Rio Tinto, and has been published in the IEEE Transactions on Power Systems, Mathematical Programming, IEEE Transactions on Smart Grid, and The Electricity Journal.

Professor Anjos was the Founding Director of Polytechnique's Trottier Institute for Energy. The Institute was inaugurated in May 2013 and is concerned with promoting sustainable solutions to secure the future of energy in Québec, Canada, and the world. He served as Expert Reviewer for the Trottier Energy Futures Project.

He is Editor-in-Chief of Optimization and Engineering and serves on the editorial boards of several other journals. He has served on the Council of the Mathematical Optimization Society, as Program Director for the SIAM Activity Group on Optimization, as Vice-Chair of the INFORMS Optimization Society, and as a member of the Research Review Committee of Mitacs. He received the Méritas Teaching Award from Ecole Polytechnique in 2012. He was awarded a Humboldt Research Fellowship for Experienced Researchers in 2009, and the Queen Elizabeth II Diamond Jubilee Medal for significant contributions to mathematical optimization and its industrial applications.

Professor Anjos is a fellow of EUROPT and of the Canadian Academy of Engineering (CAE).  He is a past holder of a Canada Research Chair, and he currently holds an Inria International Chair on power peak minimization for the smart grid. 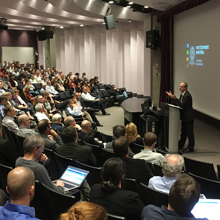