Details regarding resumption of activities at Polytechnique

All messages to the Polytechnique community | Frequently asked questions (FAQ)
Information about COVID-19﻿. 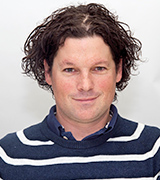 Students interested in establishing research projects in these fields or on other aspects of fluid mechanics are welcomed to contact me. Note however that my main interest resides with experimental approaches. Interested individual should send a CV, recent academic grades, motivation letters and a list of 3 references with their contact information.

My core interests are in the fields of fluid mechanics, more specifically in the fields of combustion and multiphase flows. In my research I tend to favor an experimental approach in simple configurations where fundamental insights can be acquired on the underlying physics. Such experimental results are then ideally well suited for the validation of theoretical and numerical models.

Most of my work in combustion is based on a unique experimental facility that I designed and build during my PhD studies. It is the only research burner capable of creating unstrained diffusion flames. In this configuration, analytical solutions to all governing equations are available and it is therefore ideally well suited for the investigation of complex problems in reactive flows. As the flow is strictly one-dimensional, fluid mechanic effects such as aerodynamic strain can be uncoupled from the phenomenon of interest. Consequently, results gathered in this experiment can be used for the validation of theoretical and numerical models developed in a configuration where analytical solutions are available for the species, temperature and velocity fields. So far, I have used this experiment to address the following:

Figure 1: a) The idealized 1D chambered diffusion flame with upward bulk flow of velocity U and flame sheet at xf. The oxidant diffuses against the bulk flow of products. b) Schematic of the burner, with only the left half shown (1), Reactant injection plenums; (2), Injection needle arrays; (3), Extraction needles bent outwards between injection needles; (4) Thin injection layers at the tip of the needle arrays. c) Photograph of the partially assembled burner (without exhaust plenums and thermal insulation).

Thermal-diffusive instabilities (TDI) are intrinsic instabilities of the combustion process arising from the differential diffusion of heat and reactive species in the reaction zone. They are encountered when the thermal and molecular diffusivities are unequal and are characterized by the Lewis number, which is the ratio of these two quantities. A Lewis numbers below 1 results in the formation of cellular flames and Lewis number above 1 generate pulsating flames. Both of these phenomena can be observed in the burner mentioned above and future research will address this phenomena using different fuels and flame parameters.

Figure 2: a) View of the burner with inner cylinder of 48 mm I.D. (edges shown by white arrows). b)-h) Photographs of cellular flames with different mixture strengths, from onset to full cellularity. H2-flame with pure CO2 as inert and bulk velocity of 19.4 mm/s. All flame images inverted for clarity.

Figure 3: Pulsation of a methane flame within the inner quartz cylinder. The frame width is equal to the inner diameter of the quartz cylinder (48mm). Bulk velocity U = 19.42 mm/s, Lef = 1.10 and Leo = 1.20. The vertical dashed lines mark the maximum flame diameter during the cycle and the tip of the injection array is visible at the top of the frames.

The unstrained diffusion flame configuration is also ideally well suited for the investigation of soot formation. The results gathered so far have revealed the formation of a wide range of carbon nanostructures in the unique conditions created in unstrained diffusion flames. For very rich flames, very large aggregates of soot particles visible to the naked eye have been observed because the thermophoretic force is aligned and opposed to the drag force, the particles are allowed to remain in the surface growth and aggregation regions of the soot layer for extended and controllable periods of time.

During the experiments on soot formation, samples were collected using thermophoretic probes. The analysis of the particles collected using electron microscopy (TEM) has revealed the formation of a large number of carbon nanotubes (CNT) under certain operating conditions. Contrary to common practice for CNT synthesis in flame environment, this was done without the addition of catalysts. Moreover, other unusual crystalline carbon microstructures have also been observed. This motivates our current research aimed at mapping the microstructure of the carbon particles formed in sooting flames, in particular as a function of parameters that only our experimental configuration can investigate (very low strain rates, long residence times).

Based on the observation of polydisperse aerosols of carbon in our soot experiments, I began inves- tigating acoustic particle manipulation techniques as a possible mean to separate the valuable ones from the rest. Although extensively used in liquids for cell manipulations, very little research has been done on this topic for applications in gases.

3.1 Concentration and sorting in gases

Initial proof-of-concept experiments were realized in a simple separator channel suitable to inves- tigate the effect of a wide range of parameters on the efficiency of particle concentration using a standing acoustic wave. The investigations carried out so far cover acoustic, geometric and flow parameters. Our work covers the investigation of acoustic forces on very small particles in gases, where molecular dynamics effects become significant. These preliminary results have demonstrated that acoustic forces can be used to manipulate submicron particles and future work is aimed at developing separator configuration suitable for more advanced tasks such as sorting according to particle size or density.

Figure 6: Visualisation of the particle number density in the separation channel using laser light scattering (inverted images, darker regions represent higher particle concentrations). a) Nearly uniform distribution when no acoustic field is imposed. b) The particles converge to the pressure nodes of the standing wave.

Acoustic particle manipulation techniques are now being considered to assist in aerosol sampling in a wide range of applications. Several problems of industrial of scientific relevance have an interest in only a subset of particles suspended in a gas stream. Separation techniques based on acoustic forces are now being considered for applications such as airborne pathogen detection, atmospheric research, cleaning of combustion effluents and biomass gasification.

The work mentioned above on acoustic particle manipulation is now being implemented to assist with the real-time detection of airborne pathogens. This research is part of the Norosensor project (www.norosensor.eu, funded through the European Union FP7 program), which aims at providing early warning capabilities for Norovirus outbreaks. In this project, acoustic sorting will be used to removed unwanted particles from the aerosol prior to detection, hence protecting the sensor from fouling.

My first research experience in academic settings was acquired while working on laser-induced cavitation, more specifically on the interaction of imploding vapour bubbles with free surfaces. This work was realized in collaboration with CERN (European Center for Nuclear Research, Geneva, Switzerland) in the context of high power liquid metal targets used in particle accelerators. 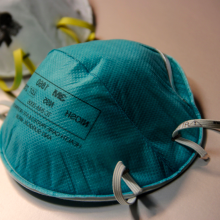