With pride and solemnity, Polytechnique Montréal’s Executive awards the Order of the White Rose to Édith Ducharme, and this, a day before the 30th anniversary of the December 6, 1989 tragedy. Ducharme is a Université de Laval Engineering Physics graduate. Polytechnique established the Order of the White Rose in 2014, in homage to the 14 women murdered on December 6, 1989. A $30,000 bursary is awarded annually to a female Canadian engineering student who is pursuing engineering graduate studies in Canada or elsewhere in the world. 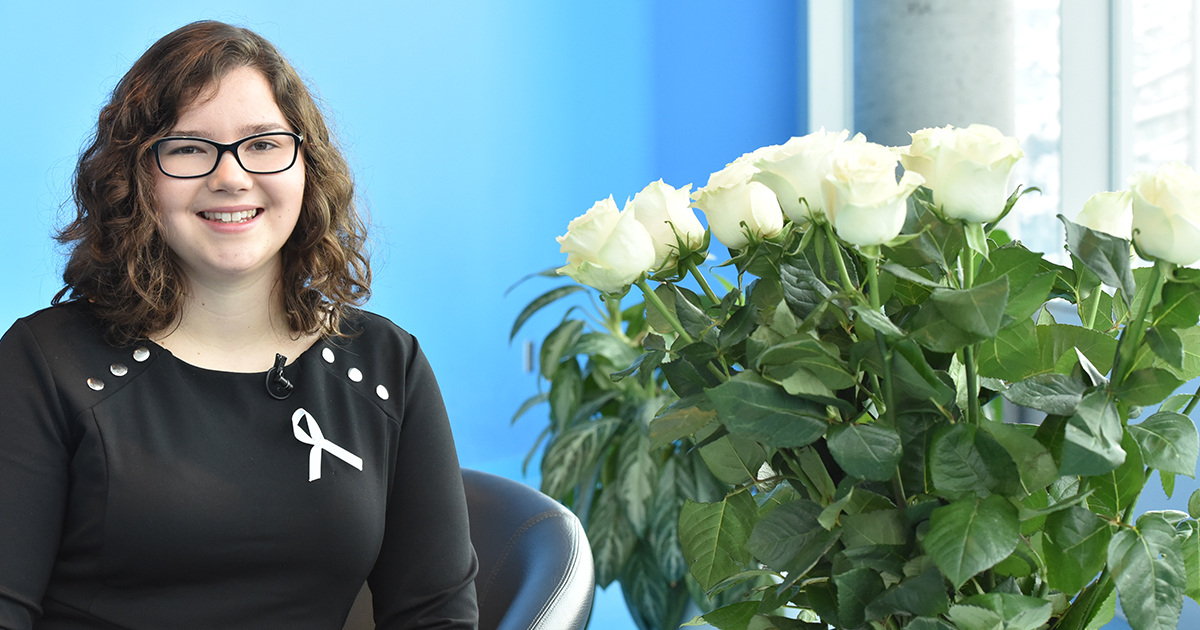 Promoting women in engineering and the sciences: essential

This year, Édith Ducharme will receive the Order of the White Rose in the presence of three previous winners of the honour, namely: Liane Bernstein, PhD student at Massachusetts Institute of Technology; Ella Thomson, PhD student in Electrical Engineering at Stanford University; and Viviane Aubin, Master’s student in Engineering Physics at Polytechnique Montréal.

Polytechnique Montréal’s Order of the White Rose unites and celebrates the ambitions of young female leaders in engineering - who are also inspirational role models for girls who seek to study in the same field. This notion is reflected in Édith Ducharme’s own words, when recounting how she came to choose Engineering Physics as her field of choice. Ducharme’s career path was far from spontaneous, given a lack of available role models. “I thought to myself that the best way to help the next generation of female engineers is to become the sort of role model I always had wanted to have. Being awarded the Order of the White Rose is a step in that direction.”

When discussing the exceptional women who played significant roles in her engineering education, Ducharme notes Université Laval’s Prof. Claire Deschênes, Université de Sherbrooke’s Prof. Eve Langelier, as well as Prof. Caroline Boudoux, who is currently researching at Polytechnique Montréal. Notes Ducharme, “I believe in the value of female role models. One day, I’d love to gather them all together to discuss with them and others, the path you often need to take in order to become an engineer.”

A winner who embodies balance

Édith Ducharme’s scientific curiosity was cultivated during annual science summer camps, yet it was her passion for music that pushed this accomplished pianist to try her hand at understanding and playing with physical phenomena. “I watched a TV program about the organ at the Maison Symphonique, and that gave me the push I needed to study engineering physics,” Ducharme recounts.

She completed a Bachelor’s in Engineering Physics with a focus in Medical and Biophotonic Engineering at Université Laval in 2015. Also at that time, Ducharme became increasingly concerned with the lack of women in the sciences, and joined Chaire de Leadership en Enseignement – Femmes et organisations as a Research Aide during her undergraduate years. Of her own initiative, she organized numerous events whose purpose was to encourage women in engineering.

While engaging in extra-curricular efforts, Ducharme was also hard at work following her academic passions. In 2017 as an undergraduate she was a Research Assistant at the Centre for Optics Photonics and Lasers, and in 2018 at Polytechnique Montréal she was a Research Intern

in Prof. Caroline Boudoux’s group. The following year Ducharme was at Castor Optics, a company founded by Boudoux herself. That close collaboration with Prof. Boudoux was a defining factor in Ducharme’s academic career, and inspired her to begin a Master’s in Engineering Physics with the former as a supervisor. Ducharme’s research work focuses on the development of an optics system that would permit laser therapies to increase their ablation efficacy by 2,000 times more than the silica that is currently used – a significant advance for surgery.

Alongside her academic excellence, Édith Ducharme still maintains her passion for music. “I’m interdisciplinary in my interests. I feel that is truly where we’re headed right now, yet excellence criteria as defined by many organizations doesn’t reflect that,” she analyses, readily admitting that it took her some time to settle into her own academic groove. “It’s important to value students’ trajectories and various interests, even if that means their grades aren’t as high,” she asserts, proud of the balance she demonstrates in her own university career. 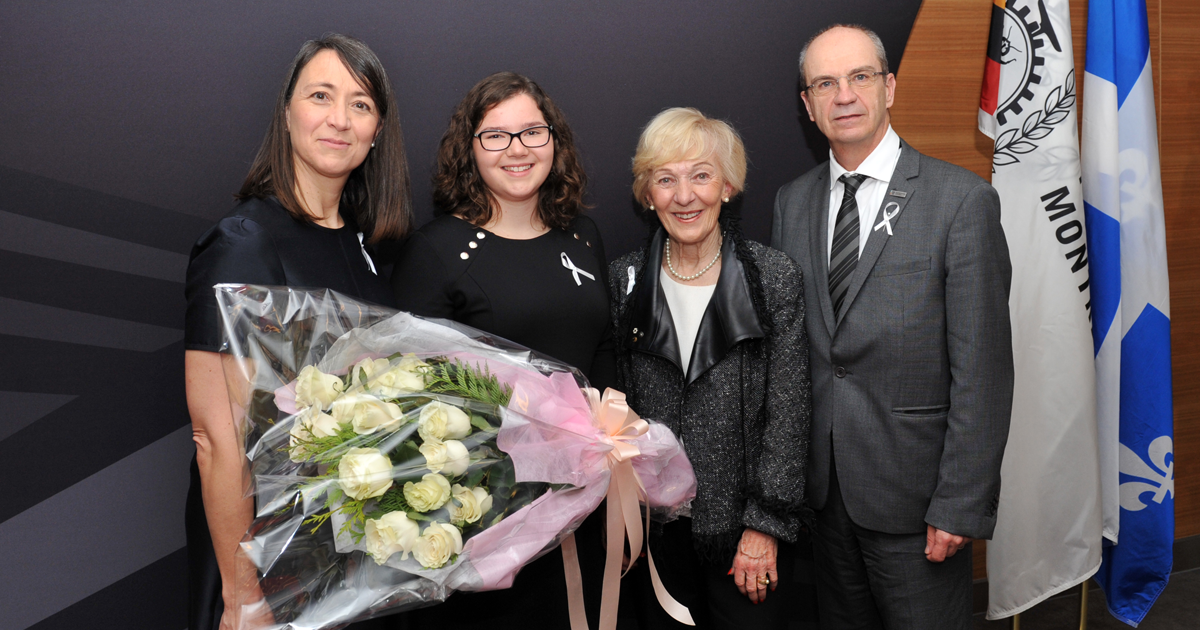 Édith Ducharme’s vision of a reasonable balance between academic and professional life is shared by many women. Polytechnique is well aware that this is a critical factor to consider in terms of enabling women in leadership positions in engineering to be fulfilled; in fact the institution has made this a priority, and results so far are encouraging. While in 1989 the proportion of female students at Polytechnique was 17 %, today some 28 % of students are women. Polytechnique serves as a model in this sense, given its position as one of the Canadian institutions who is closest to reaching Engineers Canada’s sought after level of 30% of new female engineers practising by 2030.

Michèle Thibodeau-DeGuire, Polytechnique Montréal’s President of the Board of Directors, President of the Selection Committee, and godmother of the Order of the White Rose, notes that, “Édith Ducharme has helped break stereotypes and demonstrate the value of diversity in engineering.”

Nathalie Provost, Polytechnique graduate and one of the injured on December 6, 1989, had this to say: “Being a godmother of the Order of the White Rose enables me to ensure that women in engineering are able to shine, and I’m thrilled that this continues to be the case. This year, when looking at Édith Ducharme and her four predecessors’ remarkable successes, it’s evident the richness that women in engineering and the sciences are able to bring to society.” 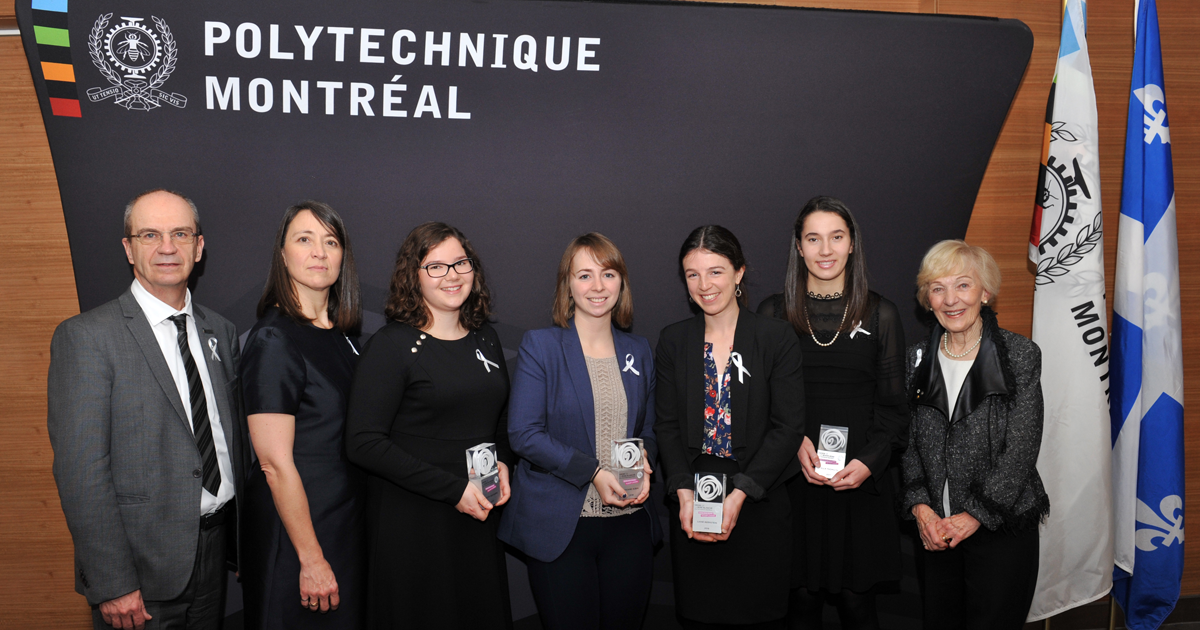 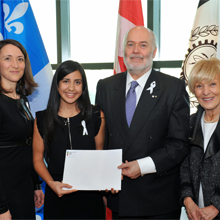 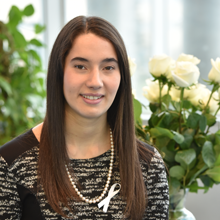 NEWS |  December 1, 2017
Ella Thomson is the third recipient of the Order of the White Rose scholarship  |  Read

Order of the White Roseaward