x
Order of the White Rose 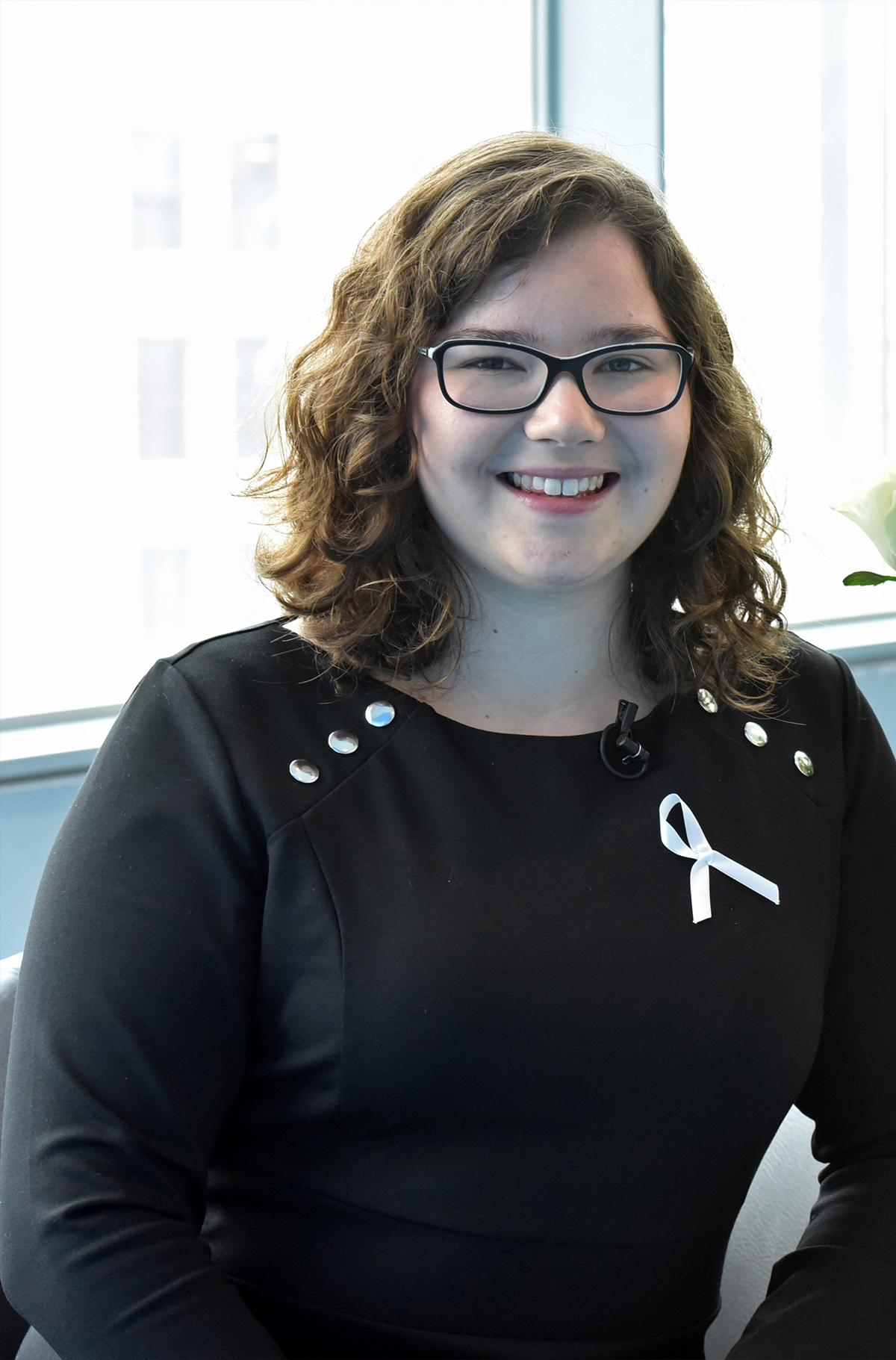 Édith Ducharme, recipient of the 2018 Order of the White Rose scholarship

Her confident “hello!” as she picks up the phone is indication enough of Édith Ducharme’s strength of character and enthusiasm, which are also reflected when the 2019 Order of the White Rose scholarship winner gets to talk about her Physics Engineering Master’s degree research project, which she is completing under the supervision of Polytechnique’s Caroline Boudoux. Ducharme is at ease explaining her research in layman’s terms, but the truth is, that by fine-tuning a fluorinated glass coupler, an optic fibre could result in laser therapies with ablation efficacy 2,000 times superior than those using silicon—Ducharme could literally revolutionize surgery.

However, what truly sets her apart is her social involvement, which began during her Bacherlor’s at Université Laval. Ducharme is a born leader, and has earned accolades for her initiatives: panel discussions with renowned women scientists, networking 5 à 7 events, and conferences, to name but a few of the many events this 23 year-old (also an accomplished pianist) has organized to advocate for more women in engineering.

What sparked her desire to get involved? It all began when she read a study about the increase and retention rates of women in traditionally male-dominated professions, conducted by the Chaire de leadership en enseignement at Université Laval. The reported noted that even if women who chose a career in engineering were happy and remained in the field, inspiring young women to choose engineering in the first place remained a challenge. “While I was reading the report, I realized what the absence of female role models had cost me, particularly during CEGEP,” states Ducharme. She filled the void she saw by creating a series of college-level lectures about engineering job opportunities. “I felt the need to talk about my own experience, and demonstrate that it’s possible to love both physics and math while pursuing other interests such as music.”

Ducharme admits that she hasn’t always been a straight-A engineering student due to these outside interests. Yet, even though it took her some time to find the right academic pace, nowadays, she is proud of her achievements and the balance she has been able to maintain throughout her university career. “I’m interdisciplinary in my interests. I feel that is truly where we’re headed right now, yet excellence criteria as defined by many organizations doesn’t reflect that,” she muses. “It’s important to value students’ trajectories and various interests, even if that means their grades aren’t as high.”

That forward-thinking, multidisciplinary vision is exactly why the Order of the White Rose scholarship makes perfect sense. “I realize now how difficult it was for me to choose a career in engineering, because I didn’t have any role models. I thought to myself that the best way to help the next generation of female engineers, is to become the sort of role model I always had wanted to have. Being awarded the Order of the White Rose is a step in that direction.”

Édith Ducharme: recipient of the 2019 Order of the White Rose scholarship